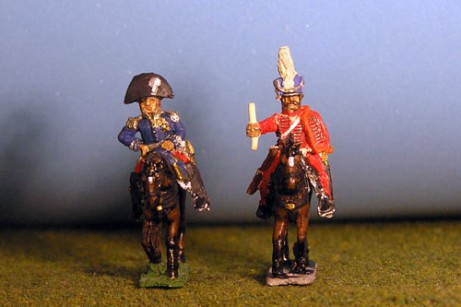 Infantry Brigade or Division General in Bicorne with ADC

Infantry Brigade or Division General in Bicorne with ADC. 2 mounted figures with horses. Paint white feathers on top of Bicorne to convert the General into a General of Division. Black on the top of the Bicorne denotes a Brigade General. Also the Division General will have two stars on his epaulettes instead of one although at this scale you would be hard pressed to see that.

7 other products in the same category: