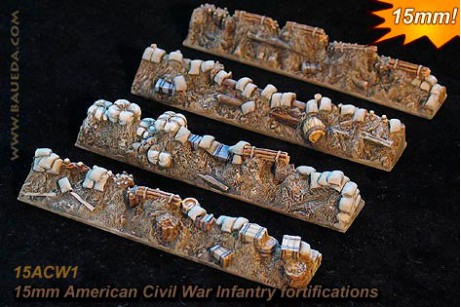 Infantry fortifications. This pack include four straight elements which are perfect for recreating your own system of field entrenchments or as part of a larger fort or fortified position. All field fortifications since the 18th C. were built basically in the same way: a supporting structure was put up (generally using gabions, but everything suitable on hand was pressed into service) then a trench was dug on the inside and the dirt piled on the outside. It was the dirt that had the stopping power and offered protection, the structure was only a support.

16 other products in the same category: